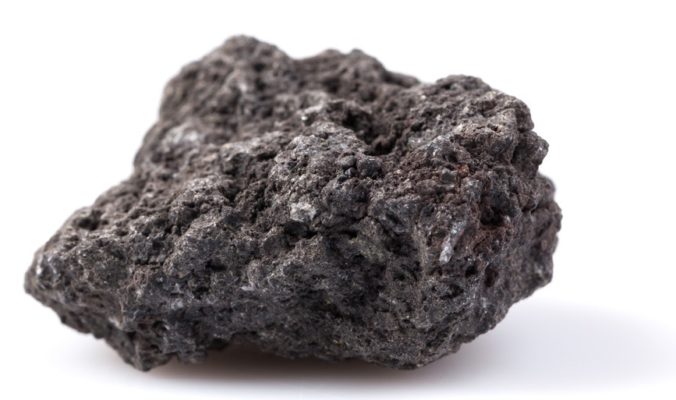 The Enduring Power of Myth

As humans, we seem to love stories of powers greater than us. Unseen hands shaping our lives, supernatural forces portending doom, horoscopes charting our future via the stars.

This is true in every culture throughout the world, from origin stories to beliefs that shape our everyday lives. In Hawai`i, a complex origin story involves the Fire Goddess Pele, and how through her power she created the volcanoes that formed the islands.

Even today, Pele’s power is respected and feared, as evidenced by the more than 2,000 pounds of lava rocks that are returned to Hawai`i Volcanoes National Park each year by visitors who, against all advice and park rules, took them home as souvenirs. The rocks are often accompanied by woeful letters outlining the havoc that “Pele’s Curse” caused when the misguided traveler removed them from their rightful place in the sacred lava fields. 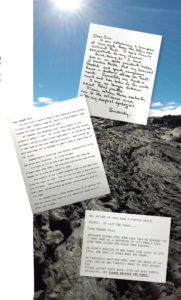 In their book “Letters to a Goddess,” authors Linda Ching and Robin Stephens collected a sampling:

“Dear Sirs, I am returning 2 samples of lava rock from the Volcanoes National Park. I took them to demonstrate to my classes. Since doing so I have been in an auto accident, taken 2 severe falls, had my basement flooded and spent numerous hours in doctors’ offices for treatment. Currently my hand is numb and has been so for weeks. I am no longer dubious about Pele’s powers.”

The author sends “deepest apologies” for removing the rocks.

“I took this rock when I visited Hawaii in October 1974. A few months later I met the man who I eventually married. For the past 16 years this man has made my life miserable. I am truly sorry for taking the lava rock and I would like for it to be returned to its place of origin.”

There are literally hundreds of similar letters.

The Power of Belief 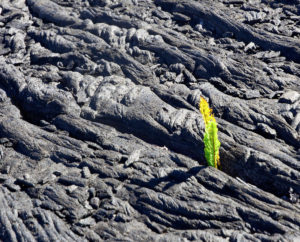 How did the curse get started? Is it based in some deep Hawaiian myth?

Turns out, according to research that Ching and Stephens did for their book, that the Pele’s Curse story was started by a park ranger in 1946, who was tired of visitors taking rocks as souvenirs and was trying to discourage the practice.

It is, as Ching and Stephens remind us, both illegal to remove such objects from any national park, and a form of environmental desecration.

And while that may answer the question of how the myth started, it poses another, more speculative question: If it is manufactured as a simple means of behavior control, how does it hold so much mystical power?

Authors Ching and Stephens concluded that their book was really about the power of beliefs, and that many cultures understand the power of elemental objects. They point out that the Hawaiian culture has long exhibited a reverence for pōhaku, stones. The early Hawaiian temples, heiau, were stone platforms. And stones formed the very basics of sustaining life itself, including poi pounders, adzes, weapons, and building blocks.

Around the world, many people sense power in crystals. Diamonds, emeralds, rubys … stones are held to be potent in many ways. In that context, to imbue lava rocks with power should not seem so unusual. Rocks of all types remind us of people, times, places, deeds. 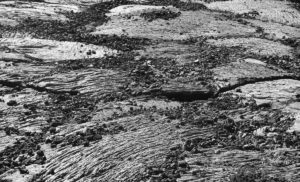 The act of contrition in mailing the stones back is as powerful as the belief that the rocks have mana to begin with. “The curse is not the power, it is the belief we hold that affects us so strongly,” wrote Spencer Johnson, co-author of “One Minute Manager” and longtime Hawai`i resident. “The real message of the letters, I believe, is that it’s always better to honor a place with aloha.”

“The letters sent to the Park from believers of Pele’s Curse resonate with guilt,” wrote Dr. Mitsuo Aoki, doctor of divinity and past chairman of the department of religion at the University of Hawai`i. “The deeper the guilt, the more awesome the consequences.”

In other words, whether you believe in their power or not, don’t take lava rocks from Hawai`i Volcanoes National Park.

This newly opened salon (located next to Yoga Barre in Queens’ MarketPlace) offers friendly service, a relaxing environment, and high-quality ocean-friendly Kevin Murphy products. Services include hair, nails, massage, and facials. The CBD jelly mask facial is a must! Salon owner Kristi Millar comes with a 15-year background in expert hair coloring, extensions, and styling. Clients leave feeling beautiful on the inside and out. Hair stylists service men and children too!